A guided tour through the exhibition with artist and curator will take place at 4.30 pm.

In his first solo exhibition in the Czech Republic, Oliver Ressler presents films and photographic works focused on the climate justice movements and forms of resistance to the wrecking of the Earth’s climate – and the basis of human existence. The title “No Future is cancelled” points to the necessity for people to engage politically: refusing to leave decisions that affect everyone’s life either to national politicians or to transnational corporations. In other words to engage on a massive and global scale in what Jeremy Brecher has called “climate insurgency”.

The central piece in the exhibition is Ressler’s 5-channel video installation “Everything’s coming together while everything’s falling apart” (2016-ongoing). It follows the climate justice movement and its struggles to dismantle an economic system heavily dependent on fossil fuels. The work records key events for the movement, connecting many situations, contexts, voices and experiences.

In the first film called COP 21, activists contest the UN Climate Change Conference in Paris in 2015, where governments proved themselves incapable of commitment to any binding agreement that would curtail global warming. The film on the Ende Gelände action shifts the focus to a massive civil disobedience action at the Lusatia lignite coal fields (near Berlin), where 4,000 activists entered an open-cast mine. The film on the ZAD focuses on Europe’s largest autonomous territory, which emerged from the struggle against a new airport at Nantes in France. The ZAD successfully exemplifies the necessity to resist and to create alternatives simultaneously. The film on Code Rood highlights a civil disobedience action in June 2017 at the port of Amsterdam, Europe’s second-largest coal port. The fifth film titled Limity jsme my leads us directly into the blockade of Bílina coal mine in Northern Bohemia in the Czech Republic in 2018. 280 of approximately 400 activists taking part were detained. The camera follows a group of activists awaiting deportation inside a police kettle, against the backdrop of a landscape defaced by lignite strip-mining. While the screen shows images filmed from inside a prisoner transport vehicle, we hear the voice of a semi-fictional character, reflecting on mass civil disobedience. 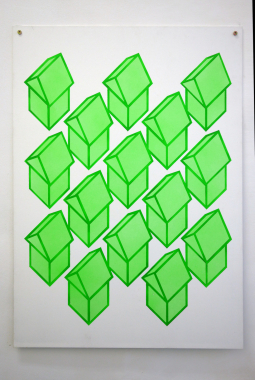 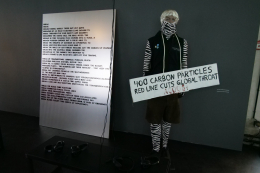 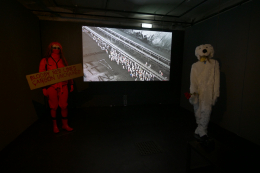 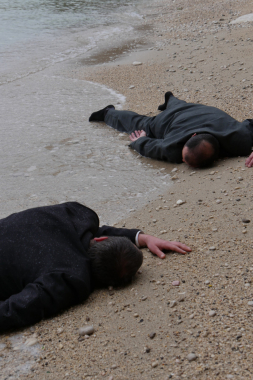